As part of the CHLC development we undertook to restore and improve the Memorial Garden to the front of the building, which was a memorial garden to remember the girls & women killed in the 1889 disaster known as the Templeton Fire, the Templeton Disaster, the Greenhead Factory fire.

On 1 November 1889, during construction of a new extension to Templeton & Co’s carpet factory at Greenhead, Glasgow, unusually high winds caused a section of the facade to collapse onto the adjoining weaving shed. Unfortunately, there were workers (mainly women) in the shed at the time of the incident and 29 women tragically lost their lives that day.

To commemorate the disaster we installed a pathway which displays the names and ages of the women and girls who sadly lost their lives on that terrible day. 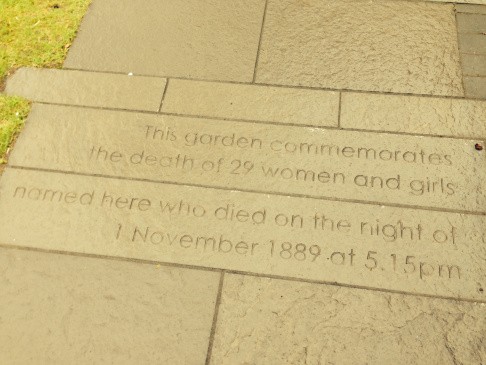 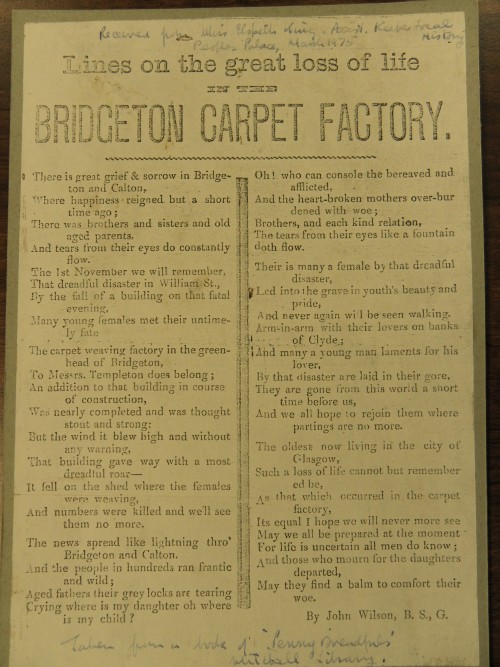 Names of women and girls who died in 1889 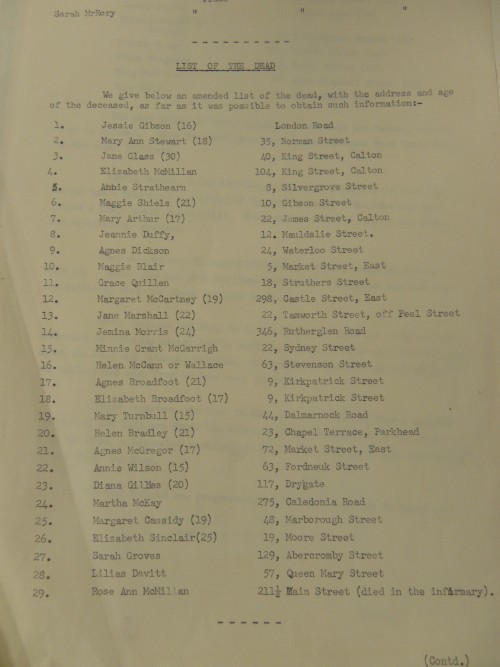